Although wood was the most well-known medium in African sculpture, many others were used: alloys of copper, iron, ivory, ceramics, unbaked clay, and rarely stone. Unburned clay is and probably always has been the most widely used medium on the entire continent.

Small baked clay figurines are excavated on a hill in Daimah near Lake Chad on the plains from the 5th century BC. Both results indicate an earlier stage in modeling the unfilled clay. Pace African Art gallery in New York is very renowned for their authentic and amazing african art exhibitions. 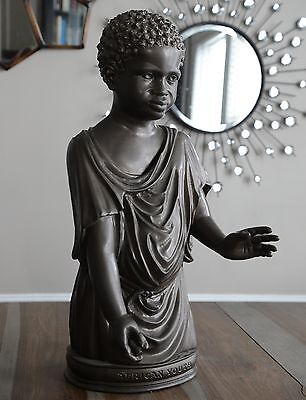 The casting of copper alloys in the Cire-Perdue technique is testament to the remarkable sculptural achievements since the 9th century, when blacksmiths from Igbo Ukwu (in present-day Nigeria) cast lead bronze, which was extremely ductile and malleable.

Some three or four centuries later, the blacksmiths in Ife, apparently unaware that ordinary copper was not suitable for casting, created masterpieces such as a figure sitting in a shelter at Tada, etc. – called the Obalufon mask at the Ife Museum.

In fact, zinc brass is used more than ordinary copper. Most of this work originated in Benin, where zinc brass was used almost exclusively. The casting of this copper alloy, together with ceramic sculpture (a history that can be traced further), is the main evidence of the early history of sculpture in sub-Saharan Africa.

What Are Cremation Keepsakes?

The Best Time To Replace Your Car Battery